The truth is Electric vehicle adoption is still far away in South Africa.

Significant change will define the automotive sector over the next five to ten years. It is inevitable that when new laws are implemented to reduce the environmental impact of the transportation sector, the adoption of electric cars (EVs) will grow dramatically.

While South Africa is currently experiencing load shedding and rolling blackouts for the fifteenth consecutive year, advancements in infrastructure and policy have been warmly appreciated. 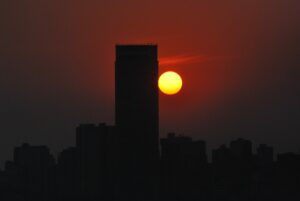 A recent increase in power for Independent Power Producers to 100MW was granted by the South African government. 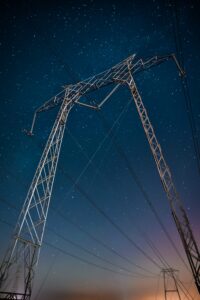 This is anticipated to accelerate the uptake of EVs in South Africa. Local firms are likely to think about installing EV charging stations at their facilities as they migrate to EV fleets for cost-saving advantages as they investigate self-producing renewable energy. An ICE has a substantially higher total cost of ownership than an EV, while having a higher initial purchase price than a normal internal combustion engine (ICE).

Due to low-cost ownership at reduced costs, the environment for fleet management could be disrupted.

According to a recent Deloitte 2022 Global Automotive Consumer Study that included responses from more than 26,000 consumers in 25 countries, consumers are drawn to electric vehicles (EVs) because they are significantly less expensive to operate than gasoline or diesel cars, which outweighs their concern for climate change.

The study also shows that if the cost of electric mobility was comparable to that of present fossil fuels, consumers’ choices about EV purchases would alter. The survey finds that over 80% of South Africans still favour internal combustion vehicles; less than 10% desire hybrids; 4% want plug-in hybrids (PHEVs), and only 2% would choose a full-battery electric vehicle. Less than 10 new electric cars were purchased in SA this past April (BEV).

The average cost of a car in South Africa that is financed is about R350.000. The Porsche Taycan Turbo S costs R4 million, whereas the Mini Cooper SE is the least expensive EV available in South Africa. EV buyers are willing to spend more than buyers of ICE vehicles, however, 74% still anticipate paying less than R750,000. 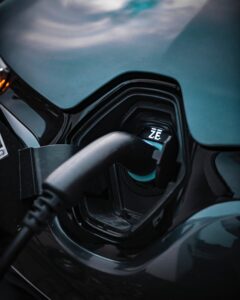 The cost of electricity, anxiety related to long-distance driving, and a perceived lack of charging infrastructure are all acknowledged barriers to EV adoption in South Africa, though the latter is improving with an expanding network (BusinessLIVE, 2022).

Dr. Martyn Davies, the automotive industry leader at Deloitte, told Motor News that the ideal strategy for increasing EV sales in South Africa would be to start with lower prices, which should become a reality in the coming years (BusinessLIVE, 2022). The South African automotive value chain, frequently hailed as the crown jewel of the nation’s industrial policy, is highly developed. Additionally, both domestic and European dynamics have a strong influence on the local economy.

Out of a fleet of 12 million cars, South Africa, which has the most developed e-mobility market in Africa, has roughly 1,000 electric vehicles (EVs) in 2022. 350 electric vehicles were thought to be in use in Kenya, a country with an estimated 2.2 million registered vehicles (Statista, 2022).

Personally, I can’t wait until mobile transportation becomes faster and greener. Additionally, I believe South Africa will be the first country in Africa to sell more than 50% of all African electric vehicles. Time will tell.

Partner (n.d.). Electric Vehicles in SA – A matter of when, not if. [online] Available at: https://businesstech.co.za/news/industry-news/541494/electric-vehicles-in-sa-a-matter-of-when-not-if/.